The B22 Apartment: A Project Of Hope In Beirut - JA Architecture
Let's Talk
Your message has been successfully sent.
There was an error trying to send your email, please try again.
Join the club!
You will be the first to know our latest updates

Thank you for subscribing to our Newsletter!

Failed to send your message. 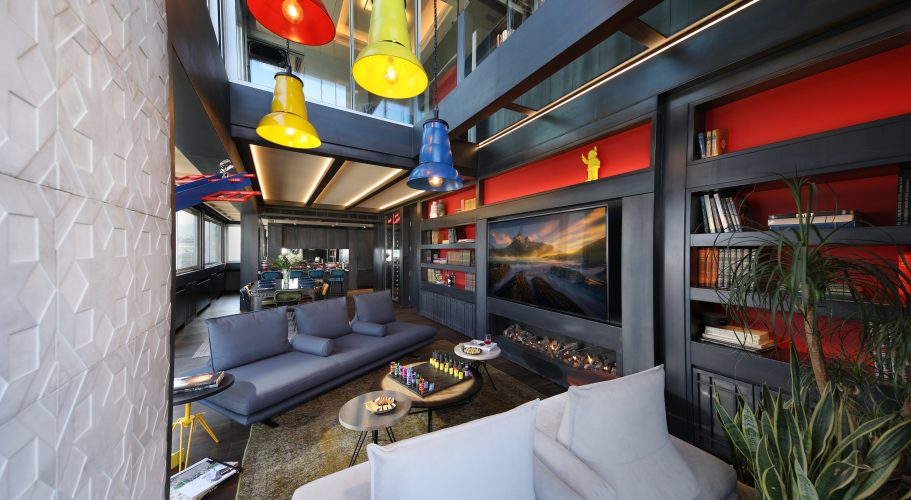 Located in the beating heart of the Middle East, the B22 apartment sets high standards for luxury urban architecture in Lebanon.

This Joe Aoun Architecture residential project is a breath of fresh air in the most sought-after area in eastern Beirut, Achrafieh.

All projects signed by the architecture & design firm tell the story of the homeowners and reflect their lifestyle.

But unlike any of them, the B22 apartment tells a unique story; the story of Beirut, its charm, struggle, perseverance, and how it never fails to rise even after being reduced to ashes.

Before we dive deeper into the interior design and renovation of the B22 apartment subsequently to the Beirut Blast on August 4, 2020, let us start with a brief overview of its location.

A vibrant residential and commercial area, Achrafieh’s architecture and lifestyle are one to catch the eye. This city is dotted with beautiful traditional French and Ottoman houses as well as high-rise office buildings.

Achrafieh is one of the oldest districts of Beirut, consisting of several East Beirut areas. It is not only a residential and commercial hub but also a place that celebrates gastronomy and art.

As you explore its streets on foot, you will stumble upon quaint cafes, shops, and art galleries. You will find The National Museum and Sursock Museum in this locality.

The attractive restaurants around the picturesque Monot and Abdel Wahab Al Inglizi Street are well-known for a good evening bite.

No matter where you are in Achrafieh, you will be close to shopping malls, restaurants, coffee shops, grocery stores, hospitals, schools, and many other amenities, making this location extremely desirable and a great place to live.

Now that we have an idea of the way of life in the dynamic city of Achrafieh, it is time we took a look around the B22 apartment, Joe Aoun Architecture’s Beirut project.

Designing the interior to complement the view

Besides being located in a strategic and highly desirable residential and commercial area, one of the B22 apartment’s strongest features is its view. “The apartment overlooks a breathtaking, open view of Beirut city. Therefore, our team worked on an interior design that absolutely enhances this priceless feature”, says Joe Aoun, founder of JA Architecture and Design firm.

This project is a two-story, open space loft that consists of 250 square meters. “The moment you open the door to the apartment, the view is the first thing that pops out. It was only natural to design the loft around it”, explains architect Joe Aoun.

He continues: “To do so, we used low-profile materials that would not steal the spotlight from the main act, which in this is the view. We went with a choice of raw materials such as black colored steel for the living rooms, grey varnished wood for the bedrooms, and slate wood tiles for the bathrooms, and decided to go with primary colors for the interior decor and color scheme: red, blue, and yellow. And each bedroom with its bathroom shares one of these colors.”

To accentuate the view, even more, the team went with a double-height ceiling in the living room, thus providing soaring open space and striking natural light. “We also did bow windows that are continuous on both stories to admit more light than would a window flush with the wall line, and to provide a wider angle to the view, even for the master bedroom on the second story”, adds the founder of the studio.

A single functional wall links the open space and areas of the B22 apartment and unites the three separated rooms on the first story, starting from the kitchen, leading to the dining room where the wine cellar is installed, and finishing in the living room where it works as a bookcase and television unit. This same wall is continuous on the double-height second story and works as a bookcase for the master bedroom.

“This idea of continuity and single flow of the elements of the interior design complements our goal to maximize the loft’s prime feature: its view”, concludes Joe Aoun.

This apartment was designed based on one main axis, fully operational and opaque from one side while totally transparent and connected to the city from the other side. It’s like a yin yang relationship.

Renovation after the Beirut Blast

On August 4, 2020, a large amount of ammonium nitrate stored at the Port of Beirut in the capital city of Lebanon detonated, causing unfathomable casualties from deaths and injuries to property damage.

Amongst a great number of cities, the blast took a heavy toll on Achrafieh, the city being in a very close radius to the event, located only 3.9 kilometers from the Beirut port.

“As the B22 apartment has a large number of glass facades and bay windows, and since it overlooks an open view of the city, the blow came out very strong and caused serious damage to the loft, similarly to almost all residential units in the area”, explains heavily the founder of Joe Aoun Architecture. He adds: “The glass was completely shattered and the apartment was almost unrecognizable.”

After the Beirut blast, Joe Aoun Architecture’s multi-disciplinary team worked relentlessly to recover the B22 apartment in Achrafieh, with architects, engineers, designers, and technicians working around the clock to achieve the renovation process.

Not far from where the blast happened, and directly facing the Beirut port, JA’s studio operates in the heart of Gemmayze, a city known for its trendy village-type neighborhoods and its everlasting charm.

“Our colleagues and team members that were present at the studio in Gemmayze on August 4th, 2020, the day of the Beirut blast, were injured”, recalls Elise Hajjar heavily, in charge of Creative Communication and Design at Joe Aoun Architecture.

The studio was also dramatically affected by the blast: shattered glass, fallen windows, broken furniture, and so on.

However, Beirut and its people are known for their resilience and rising from the ashes. And so, just as the wounded city started brushing off the dust, JA Architecture’s team held on to their strong will and decided to rebuild their office in Beirut, the beating heart of the Middle East. A few weeks after the blast, Joe Aoun Architecture’s studio in Beirut is back and still smoothly operating and working on exciting projects, honoring the lives lost and hoping for prosperous days ahead for Lebanon. 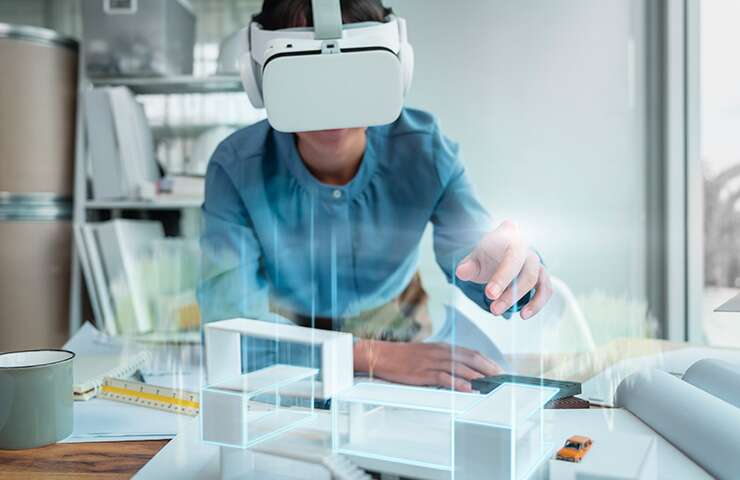 The Metaverse: An Opportunity For Architects And Designers
© 2023
Crafted with
MAZE

Reach out to us